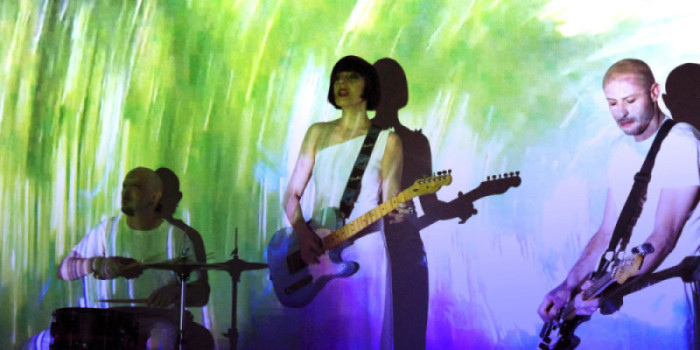 Ovlov are an Italian pop-wave trio,: Lù Pangrazio voice and guitar, Gigi Ancellotti bass and Simone Cavagnini voice and drums.
With their first album Margareth,Frank and the Bear(Casa Molloy – 2010)
they played all around Italy and had the oppurtunity to play in Berlin for the Popkomm.

In 2014 they recorded and released Pills, a 4 tracks Ep containing the cover of Should I stay or should I go (The Clash).
In 2015 they released their second album Solo produced by Andy Rourke (The Smiths) whoplays the guitar,the bass and fender rhodes in a lot of the songs.